Welcome to NESA’s "From the Fountain", brought to you by Jenny Canar, longtime 'Friend of NESA'. As we continue to navigate toward well-being and bettering our collective human capital, we hope this monthly column will bring a bit of reprieve from the day-to-day. The focus of this inaugural edition is “What’s in a Name?”

What's in a Name?

What is so special about a name?
A rose by any other name would smell as sweet.
— Shakespeare

Speed round: What comes to mind when you think of the start of the school year? Campus readiness? Welcoming new families? Onboarding new teachers? What about the names of those new teachers and the stories behind their names? Are these things you think about?

Although some, including Shakespeare, may believe the practice of naming to be irrelevant, much can be learned and understood from unpacking one's name(s); more specifically, the story behind a person’s actual name. 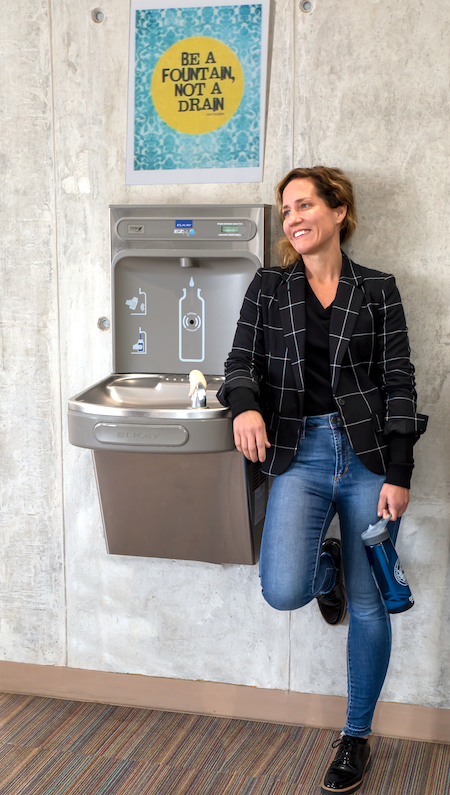 From the Fountain’s name came from a sign above a drinking fountain in my school’s building where the quote from Rex Hudler hangs: "Be a Fountain, Not a Drain". In thinking about my values, commitment to positive approaches, and the goal of this column, From the Fountain is fitting. The column's intention is not to be academic, but rather light and thoughtful with a possible timely suggestion. With this intention comes the hope to recharge you with resources and ideas. I look forward to your feedback along the way. Email me at 2bethefountain@gmail.com.

The story of my name is not exotic and unlikely unique for those born in the 1970s. I was named after the character Jennifer (Jenny) Cavilleri from the 1970 film Love Story. It was my dad’s decision to name me Jennifer. I’ve never seen the movie. My dad also gave me a nickname — “Coach” — after Goldie Hawn in the movie Wildcats. (What was it with my dad and naming me after characters in movies?) My nickname, “Coach”, is what ultimately encouraged me to play sports and motivated me to become a teacher.

In reflecting on our given names, we recognize how very personal they are, yet a handful of us may not have taken the time to actually break them down, think about them, or even care about them. In fact, some may say that we take more stock in our last names than our first names because our last name gives us the heritage and history. (The Romeo and Juliet story arc would have been nonexistent had it not been for Montague and Capulet. However, it’s our first name by which we are usually called, addressed, acknowledged, identified (labels on coffee mugs, anyone?) and unfortunately at times, judged.

In the world of schooling, there’s an interesting and possible tension between deciding if students will call teachers by their first or last names and who makes that decision within the organization/division (and what consequences result). What feelings are evoked when being addressed by name? What about the wrong name? How about your full name? (I don’t know about you, but being called Jennifer Ann Canar raises the hair on the back of my neck.)

I bring this idea to you now because in an academic school calendar, among many other things, the start of the school year brings onboarding, community/team building and possibilities of organizational transition. And just like our message to teachers about the added value in taking time to get to know our students at the start of the year, there is much added value in getting to know the new hires to our organizations as well as our cultural infrastructure for naming (from job/role titles, to team titles, to organizational titles, to mascot titles, to … the list can go on).

An opportunity for team members to share the story behind their name or what their job/role title means to them could be an interesting, relevant, and powerful way to begin acclimating the ‘newbies’ and also for existing teams to better know each other.

This common and often overlooked attribute is another mechanism for connecting our community. In looking for ways to develop human capital and strengthen relationships with coherence, an opportunity for team members to share the story behind their name or what their job/role title means to them could be an interesting, relevant, and powerful way to begin acclimating the ‘newbies’ and also for existing teams to better know each other and grow together around shared experiences and understandings.

It may also bring to light a few misconceptions. I always appreciate these types of activities, the ones that are so simple to execute yet have the potential to end with rich, meaningful complexity (an activity transferable for teachers to bring into classrooms with students the first week of school). In some ways, the simple act of sharing the story behind one's name lends itself to both paying it forward and in thinking like an ancestor, giving the opportunity to reach out to family members to understand the story behind a name while allowing many to think more deeply about the names they chose or will choose to give their own children.

Now it's your turn!

This activity brings the ‘person’ to personal, with little risk of alienation (unlike when a name is pronounced incorrectly or shortened without consent). A fun spin on the question may include variations:

An alternative path of curiosity could lead to deeper understanding as well as hidden biases:

We know so much already about why storytelling enriches an organization and cultivates community; purposeful planning in this effort advances and propels teams and organizations toward being healthy and functional.

Starting off the year with this simple question, “What’s in a name?”, could very well set the stage for future storytelling conversations, further enhancing relationships, developing friendships, building community and inviting others to drink from the fountain. 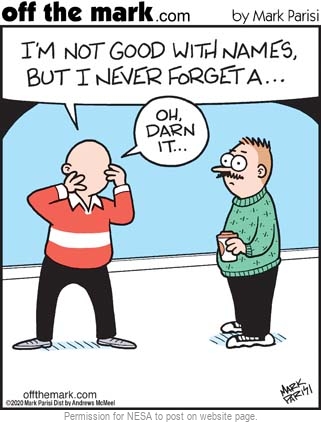 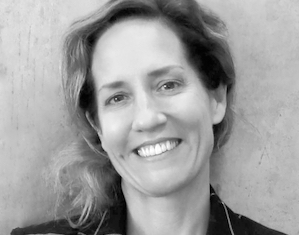 Jenny Canar is an international educator and leader with over 20 years experience in the field, from the fountain. Her career began as a Middle School Math & Science Teacher before heading overseas, working at the John F. Kennedy School in Berlin, Germany; Surabaya International School in Indonesia; and Shanghai American School in China.

Jenny moved to the NESA region 12 years ago as the Elementary School Assistant Principal at the American International School - Riyadh, Saudi Arabia. There, Jenny held several other leadership roles including Elementary School Principal, K-8 Managing Principal, and K-12 Director of Academic Affairs. Jenny is no stranger to NESA, having served on the Professional Development Advisory Committee (PDAC) for six years and as a zealous workshop presenter at the NESA Fall Leadership Conference and Spring Educators Conference.

Since Riyadh, Jenny has exchanged camels for llamas and now resides in Lima, Peru, working at Colegio Roosevelt as the Head of Operations.

As we continue to navigate toward well-being and bettering our collective human capital, ‘From the Fountain’ will bring a bit of reprieve from the day-to-day in hopes to laugh a little and ponder a bit. Send your thoughts, questions, and feedback directly to Jenny at 2bethefountain@gmail.com.