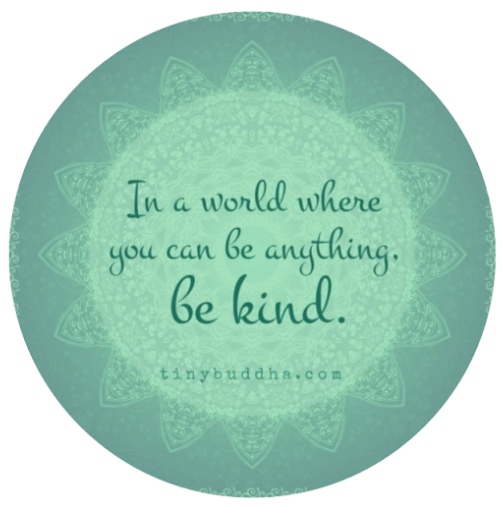 The inaugural Compassion Summit was held at the American Community School, Amman, Jordan, March 23-25, 2017. International Schools Group-Dhahran, Saudi Arabia, and the American Community School-Amman, Jordan, spent several months ideating, planning, and visualizing an event that would, as envisioned, be the first of its kind. Not anticipating more than 30 students at first, the event expanded to invite eleven schools from Saudi Arabia, Lebanon, Abu Dhabi, Kuwait, and Jordan.

Based on the principles and tenets of the Charter for Compassion, and under the auspices of Charter for Compassion International, the idea was to bring students together and give them a compassion-focused task; this, however, meant venturing into uncharted waters. Our schools and students are quite accustomed to gathering for sports competitions, academic games, and Model United Nations. But compassion? What would a summit dedicated to compassion look like? None of us knew how the event would be perceived until we passed out the first name badges and students began assembling in the ACS gym to listen to our first keynote speaker, Marilyn Turkovich, Director of the Charter for Compassion organization. She talked honestly about the need to revisit compassion in the lens of being a revolutionary ethic, and through anecdotal stories, drove home the idea that we must get serious about the task at hand: compassionate action is the tool for solving so much of what is plaguing humanity. A palpable excitement could be felt in our gathering. We knew that we had begun something important.

After taking students through an ice-breaking compassionate listening exercise, the summit continued with students attending six different workshops for two full days. Delegates had the chance to select their workshops prior to arriving in Amman, and the topics ranged from compassion through drama to compassion in social media. The workshops were engaging and thought-provoking, and helped lay groundwork for the master task: developing a compassionate Action Plan to be implemented in each participating school. For this portion of the summit, students were led by school team coaches, using the Design Thinking process to develop implementable plans to be used in their own schools. Some school groups were larger than others, but all groups worked diligently in the allotted time to develop and present their ideas in a gallery walk that took place at the end of the second day.

Students also had the opportunity to listen to another international keynote speaker, Kathy Kelly, from Voices for Creative Nonviolence. Kathy inspired students through her witty and powerful storytelling, weaving the tale of her own journey with (and of) compassion. Furthermore, Robert Jenkins, Director of UNICEF Jordan, and Amanda Lane, founder of the Collateral Repair Project, had a chance to talk to students about what led them into fields where compassion is a requirement -- and how to sustain it. 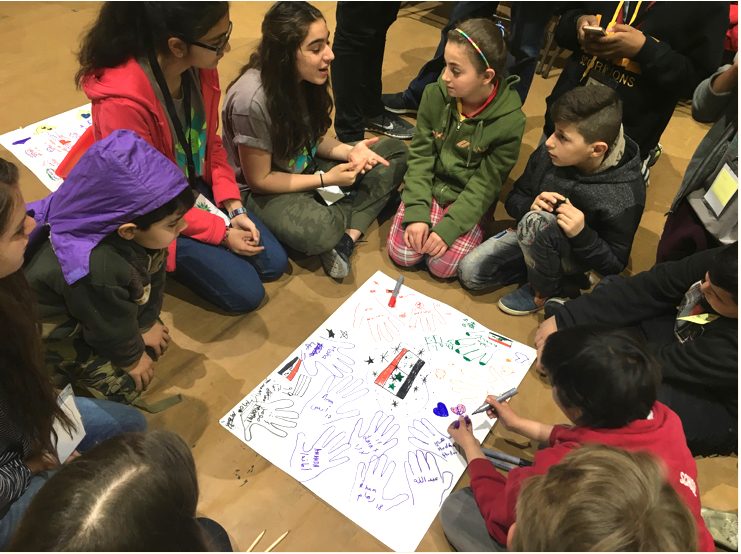 Finally, the summit concluded on Saturday with the opportunity for all participating students to work with nearly 70 refugee children who live in Amman and surrounding areas. Stations were set up so students could share in storytelling, poster making, sports and games, and movie making. This segment of the summit clearly had a deep impact on all involved; it was incredible to watch language barriers fall away as participants and visitors found ways to communicate, through the language of friendship. . .and compassion.

Everyone involved had the same takeaway: this work must continue. ISG and ACS are grateful to NESA for helping to support this event and to recognize the need for and the beauty of continuous bridge-building and myth-busting. The only way to do this is to bring our youth together, ask tough questions, and give them tasks that push them outside of the comforts of their daily lives. This is exactly what took place March 23-25 of this year -- I have never seen anything of its kind regarding lasting impact on students thinking about compassion and its relevance in their lives.