Arwa Damon is an award-winning Senior International Correspondent for CNN and President and Co-founder of the non-profit INARA which helps refugee children in need of medical care. She is also an alumna of NESA member school Robert College! Her father, Dr George Damon, was the Head of School at the American Community School at Beirut and a former member of the NESA Board of Directors. 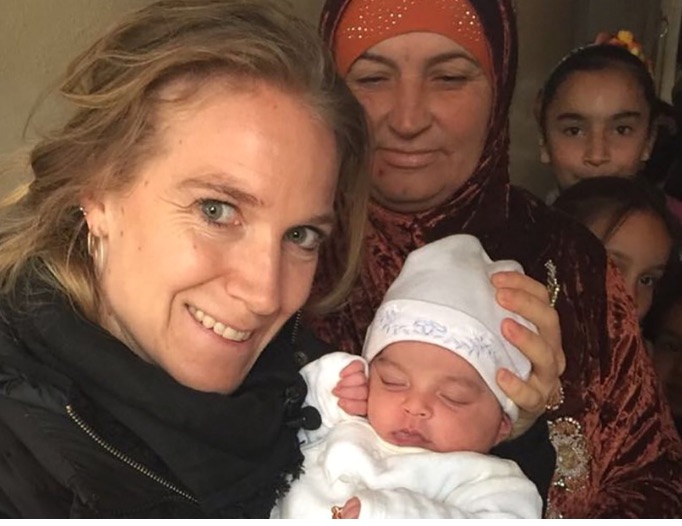 Having covered the war in Iraq in the early 2000s, Arwa has returned many times to tell the stories of the Iraqi people. In November 2016, Arwa and photojournalist Brice Laine were trapped in an area of Mosul, Iraq, that was being attacked by ISIS. After their armored vehicle was hit, they took shelter overnight in the home of an Iraqi family. Eventually they escaped, but two months later, Arwa and Brice returned to Mosul to find the family that saved them. She found that the family had named their baby after her! Read about and view videos of their incredible story.

Arwa co-founded INARA (International Network for Aid, Relief and Assistance), a humanitarian organization focused on providing life-saving and life-altering medical care for children from conflict areas who have catastrophic injury or illness and are unable to access treatment due to war. Their new logo represents two key elements of their work: the medical assistance they provide (as symbolized by a band aid) with the hearts of children. The interconnectedness of the logo also visualizes the network of humanitarian partners they work with in order to ensure refugee children get the medical treatment they so desperately need. 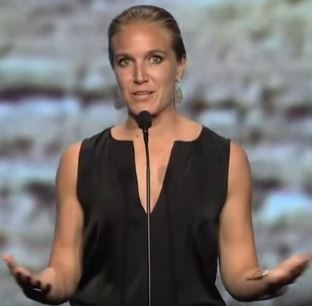 In 2014, she was awarded the Courage in Journalism Award given by the International Women's Media Foundation(IWMF). View a video about Arwa’s work and career, and her acceptance speech (Go to 27:45mins).

Recently (April 21), Arwa was the featured guest on the HBO television show “Real Time with Bill Maher”, where she spoke about the human impact of conflict in the Middle East. (Audio version - go to 29:58mins to hear Arwa's interview; see video of Arwa speaking on Real Time’s ‘Overtime’ segment).

Arwa’s compassion and dedication to illuminating the human stories of war and conflict are truly inspiring; she is a model to all of us, but especially to the students in our schools.